It was summer time in New York City and my brother and I were visiting friends and family and one day during our stay we had some spare time in between a trip from Times Square (area in which we were staying) to Brooklyn. We had a window of about an hour and thought we would grab a quick lunch bite before heading on the train to Brooklyn. We walked for a few blocks until we landed on what we thought at the time was just a regular burger joint called 5 Napkin Burger.

As we entered the restaurant we couldn’t help but notice how crowded it was even for a late lunch time frame (as it was closer to 2 p.m.). We were so taken back we almost turned around and walked back out until we overheard someone saying how great their lunch was and that they had one of the best burgers they had ever had as they exited the establishment. Although I don’t eat meat, my brother did at the time, so we thought why not stay and see what this place was all about.

Ironically we were seated within a minute or so despite the crowd in this chic looking bistro, which was a nice surprise. Our waiter welcomed us, took our drink orders and let us know what they were known for there- BURGERS. After looking at the menu and eyeballing food as the waiters would pass our way, we decided on the avocado ranch burger and the ahi tuna burger.

Our food was delicious to say the least, as it was juicy, not over cooked (as we asked for well done) and seasoned very well. The additonal condiments complimented the patties as well. We totally understood the appeal of this spot and why there was such hustle and bustle for it as the food is on point and the service is fast and friendly.  You are fed pretty quickly without compromising the taste and look of the food.

5 Napkin Burger has lots of burger options, even veggie burgers, as well as various sushi rolls, salad bowls, chicken and waffles just to name a few of their selections. So if you happen to be in the Times Square/Hells Kitchen area, stop by and grab a quick bite at 5 Napkin Burger! 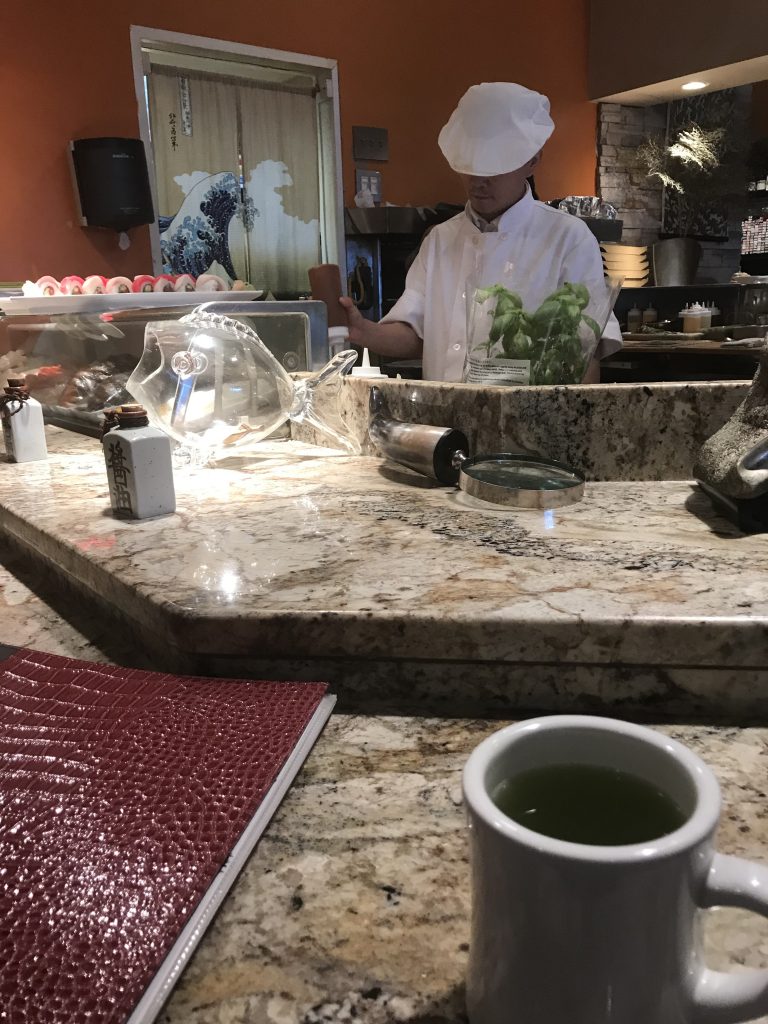 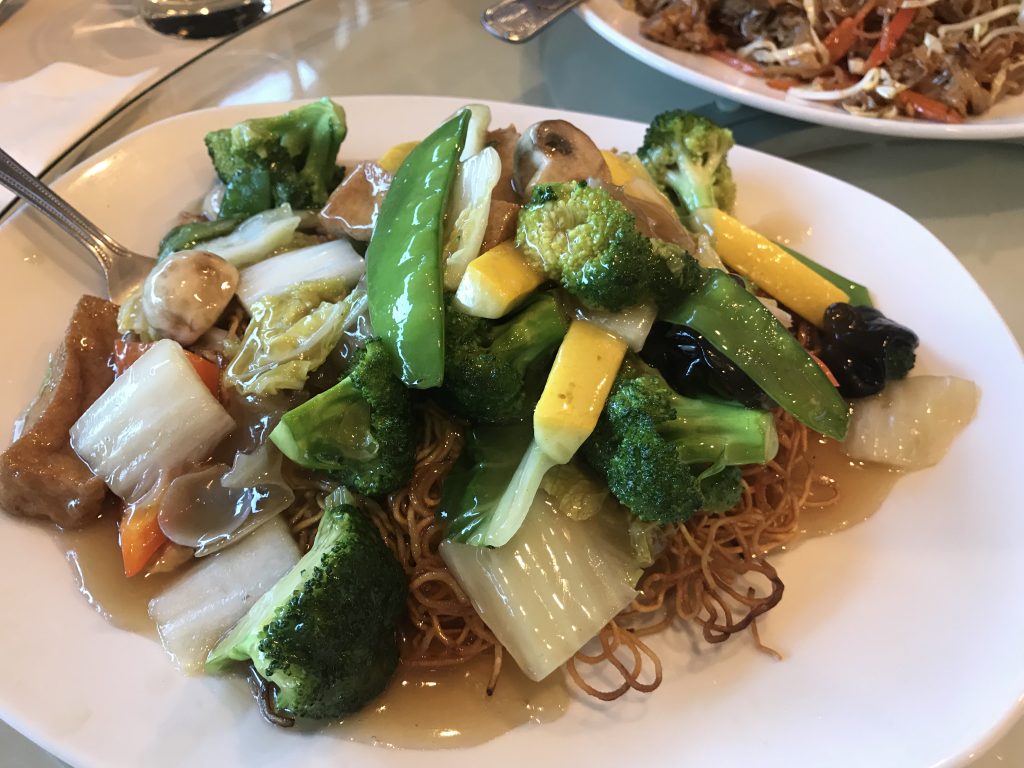 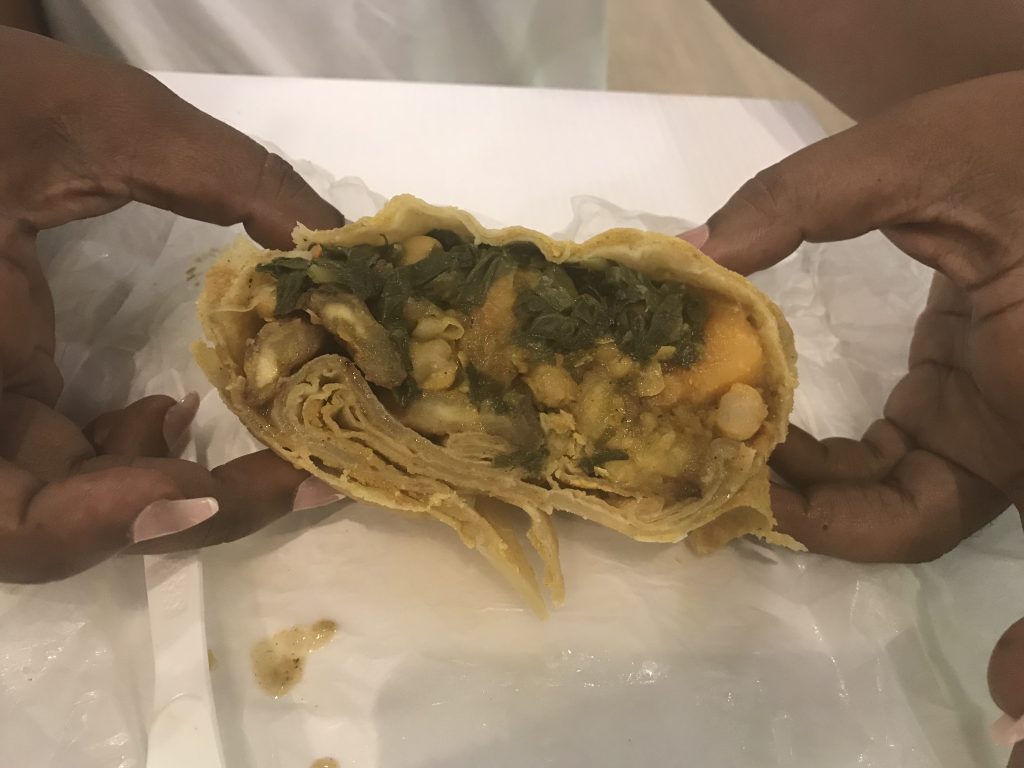 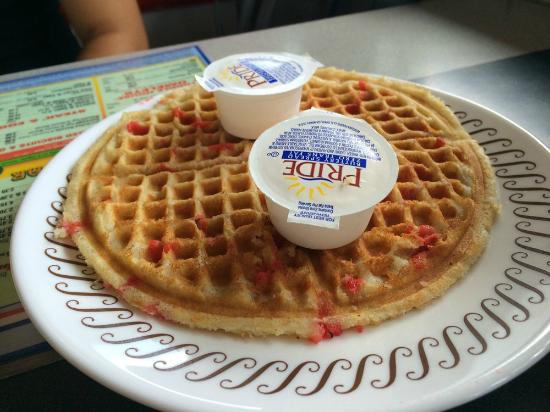 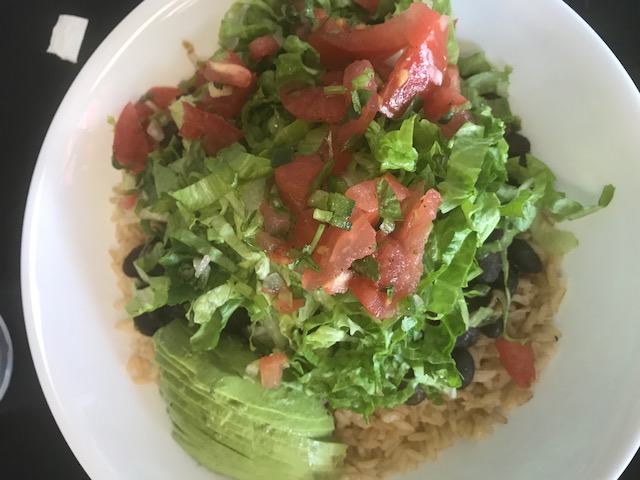 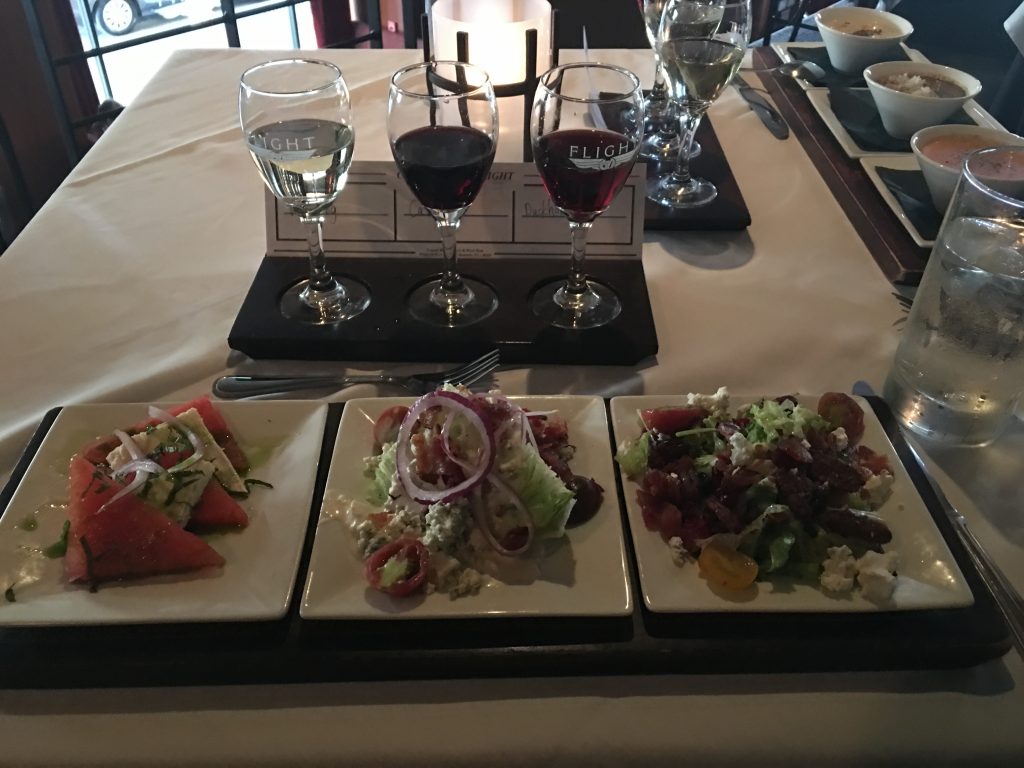